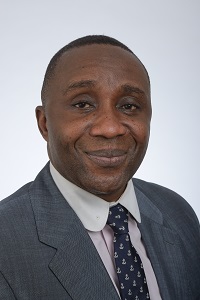 Robert is broadly educated and widely travelled. He worked as a tutor at Institute of Communication Science at Westphalia University in Germany and as an editor of the British Army Newspaper (Sixth Sense) and Magazine (Lifestyle) in Germany. He has over fifteen years’ working experience in the media (both in print and TV) and in marketing communications industry.

Robert has engaged in the past with the topics of cultural identity and hybridity in the media society and he is currently working on his PhD on renewable energy and integrated marketing communications.

Hybrid Identity in the postmodern media society published in the Introduction to Black Studies in Afro German and African Community 2002.

Who are the Germans and Others published in The African Courier magazine Germany 2004.

Robert is the publisher and managing editor of New Business Africa – a business magazine with about 50,000 readerships and writes commentary regularly on economic situations in emerging economies as well as speaks in conferences and workshops on African Development.

Provide training and mentorship for young reporters and consult for companies in the developing economies.

Maintain business affiliations and relationships with business organisations in Africa.